We’re blessed this year with not just two, but three Maggie films! Check out the official trailer of the comedy film, The Argument, out September 4th in virtual theaters and VOD!

“The Argument” follows Jack (Dan Fogler from the Fantastic Beasts franchise) and his girlfriend, Lisa (Emma Bell from The Walking Dead) as they get into an argument during a get together with some friends in their apartment. As the argument escalates, the party comes to an end and all their friends leave — but the party isn’t really over. Jack and Lisa recreate the party over and over again — with all their guests — in order to figure out who was right.

‘Death of Me’ Official Trailer 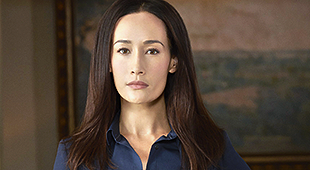