When Nikita (Maggie Q, “Live Free or Die Hard,” “Mission Impossible 3?) was a troubled teenager on death row, she was “recruited” by a secret U.S. black ops program known only as Division. They faked her execution and turned her into an assassin. Nikita never lost her humanity, and when she learned that Division was a corrupt organization, she went rogue, exposing their covert operations, destroying their plans, righting their wrongs.

Two years later, she finds herself working for a new Division, fighting alongside a team of allies she’s gathered throughout her adventures. They have vowed to clean up the mess left behind by the old Division – rogue spies, violent assassins – Nikita is hunting down killers just as skilled as she is.

In her campaign to end Division’s legacy, Nikita teamed with Michael (Shane West, “ER,” “Once and Again,” “A Walk to Remember”). He’s the man who trained her – and the man who loves her. A stalwart soldier in the fight, Michael is determined to build a life for himself and Nikita, a life beyond the turmoil of their day jobs.

END_OF_DOCUMENT_TOKEN_TO_BE_REPLACED

With many thanks to the lovely Marica, I’ve updated the gallery with outtakes of Maggie from a shoot for TV Guide at Comic-Con last year as well as an additional photo from her New York Magazine editorial in 2010. Be sure to check them out. 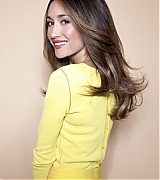 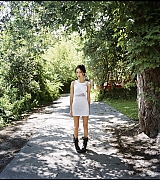 More Outtakes from Self China

I’ve added in 11 stunning untagged outtakes of Maggie’s Self China shoot from last year. To this day it remains my favorite photoshoot of her; simply because it showcases everything we love about Maggie and her personality. I really hope you enjoy the photos and hopefully they’re new to you also. Please drop a credit back if reposting on other sites or Tumblr accounts. Enjoy!

TV For The Rest of Us Comic-Con Interview

I’ve added a handful of photos from the Nikita panel during Day 1 of Comic-Con. Unfortunately there’s only a couple of high-resolution images so far but I am working on finding some more for you guys. Enjoy the photos!

The Big Revelations: Many! The only way to break it down is by subject.

Owen’s ‘agenda’: Devon Sawa, who was recently promoted to series regular, will return in the fourth episode of the new season and all of the audience’s burning questions — like why he didn’t participate in the raid on Division — will be answered. “He’s going to come back with a mystery and an agenda,” said Silverstein.

Casting scoop: The bad guy in the first episode, which is set a month after the finale, will be played by Alcatraz alum Jeff Pierce, who played Jack Sylvane on the dearly departed show.

Nikita vs. Ryan?: CIA agent Ryan Fletcher (Noah Bean) is another new regular on the show, and his dynamic with Nikita will be conflicted. “I think Nikita being behind a desk all day would have been less interesting for [fans], so as partners, there’s a [new] dynamic,” said Maggie Q. “As you know, Nikita has a huge problem with authority, and she has a new boss now…So she’s gotta make — this is not sexual — Ryan happy…They’re two characters with strong convictions. So we’ll see what happens there.”